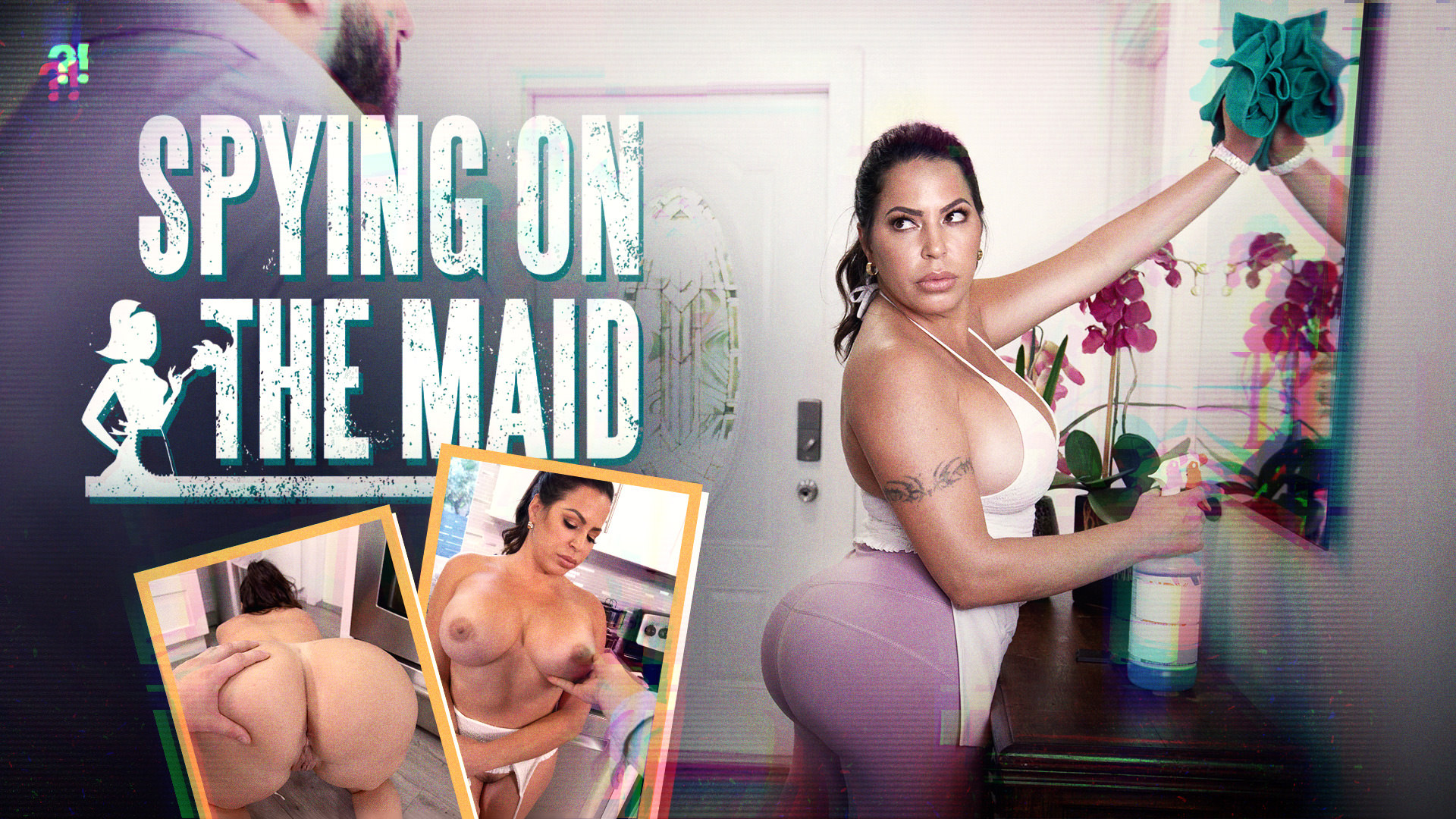 You ever seen one of those hidden-cam videos? You know, the kind where the guy has a camera keeping an eye on his nanny or maid or whoever? Well, I promise you’ve NEVER seen one like this!Ok, so it starts with this dude setting up all these hidden cams in his house. Turns out he thinks his maid is stealing from him and wants to catch her in the act. Once he’s got all the cams set up, dude leaves the house. That’s when the maid comes in.So she’s doing her thing, cleaning and all that – and she is HOT btw. But anyway, she’s in the bedroom and as she’s cleaning, something catches her eye – one of her boss’s things, something valuable – and guess what? She POCKETS it!Then we cut to the next day, and THAT’S when boss-man confronts her. He comes in hot, telling her he’s got footage of her stealing on cam. He tells her he’s gonna call the cops and she’s terrified because she doesn’t want to get in trouble. She’s totally BEGGING at this point, telling the boss-man that she’ll do ANYTHING to stop him from calling the cops. Boss-man looks her fine body up and down and gets an idea – tells her there’s ONE thing she can do for him.Do I REALLY need to spell it out for you lolll??
'