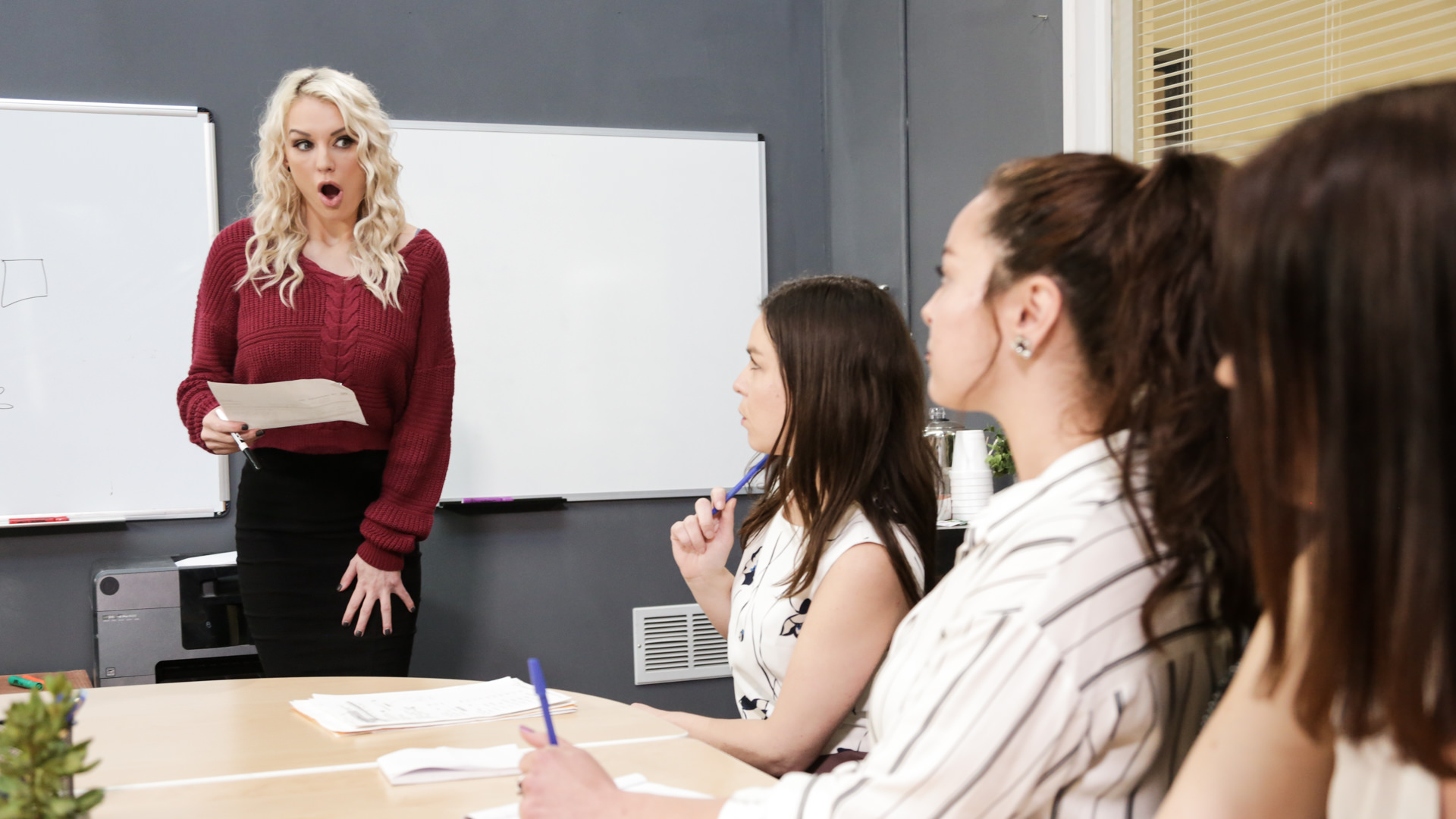 Kenzie Taylor loves pushing herself to the limit and walking a fine line when it comes to pleasure. One of her favorite things to do is wear a vibrating butt plug in public! Today, she’s feeling extra bold and decides to wear it during a work meeting, although she doesn’t yet know that now her pleasure is in the hands of her roommate, Whitney Wright.While Kenzie is at work, Whitney discovers that Kenzie’s left her cellphone at home. She’s about to get ready and return it when a curious app catches her attention. She doesn’t know it yet but the app allows remote control of the butt plug Kenzie’s wearing. When Whitney starts playing around with the app, it has very thrilling consequences for Kenzie…Kenzie’s mind is blown when the butt plug seems to take on a life of its own in the middle of giving a presentation. She tries to hold it together as it vibrates away inside of her, although her coworkers start to get suspicious. She tries to lock her trembling knees and quiet her lustful moans but it’s too much! She hastily dismisses the meeting, hoping her coworkers are none the wiser…Not long after, Whitney arrives at the office, mischievously greeting Kenzie while waving the phone. It didn’t take long for Whitney to figure out what that app was for and she had a blast tormenting Kenzie! Of course, it’s all in good fun and when Kenzie says it’s time for HER to do the teasing, Whitney is game.Kenzie soon bends over the desk as Whitney dives in, playing with her ass and pussy. But true to her word, Kenzie soon turns the table so that she can play with Whitney in return. Even though Kenzie managed to avoid getting caught this time, will it really stop her from doing this all over again in the future?
'