Dolly (Brandi Love) and Donna (Reagan Foxx) are two confident businesswomen drowning in a sea of noisy businessmen during a board meeting. It’s hard for them to even hear themselves think as the men drone on, not taking anything the women have to say into account. As the men’s voices blend into one, with the meeting going nowhere fast, Dolly finally takes a stand.’Well, I think we should cut costs across the board so that we can increase production,’ Dolly asserts as the men stare at her in awe. She has their undivided attention… until Donna stands up.’Well, I think we should decrease production to focus on quality,’ Donna announces as all the men whip their heads to her instead.The tension in the room steadily builds as Dolly challenges Donna, the two powerful women squaring off to determine who will reign supreme. All the while, the businessmen (Eric Masterson, Johnny Goodluck, Brock Doom, Brad Newman, Tommy Wood, Julian Jagger) watch on, afraid to interrupt them and make themselves targets. When Dolly and Donna are face-to-face, about to get into the thick of it, the men bail, not wanting to get in the middle of this epic clash.As soon as the men are gone and the boardroom is empty, Dolly and Donna laugh and pull each other close in a warm embrace. The men were taking FOREVER to get through the meeting, so Dolly had to do SOMETHING to get the boys out of their hair. Donna is impressed as she glides her hands along Dolly’s back… Although it’s almost time to clock out for the weekend, they just can’t resist each other any longer!
' 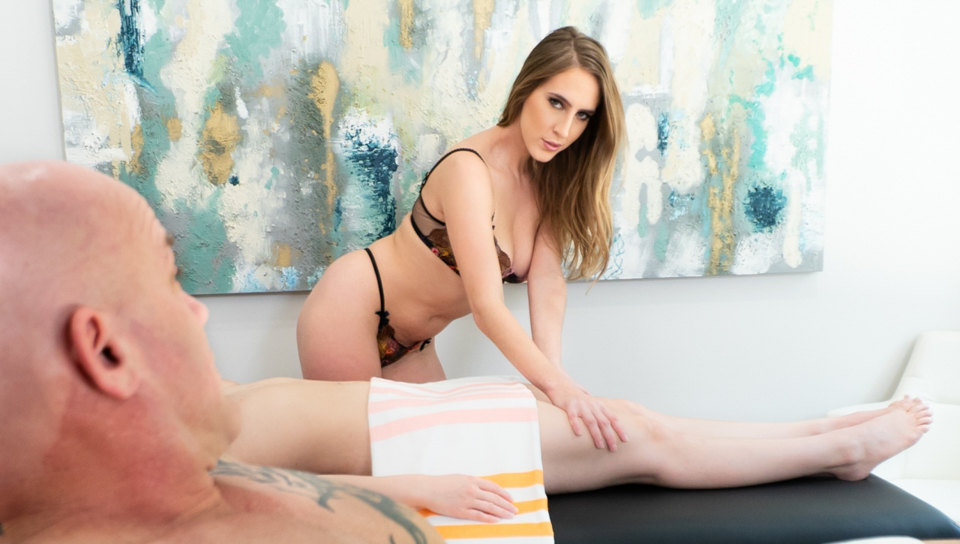