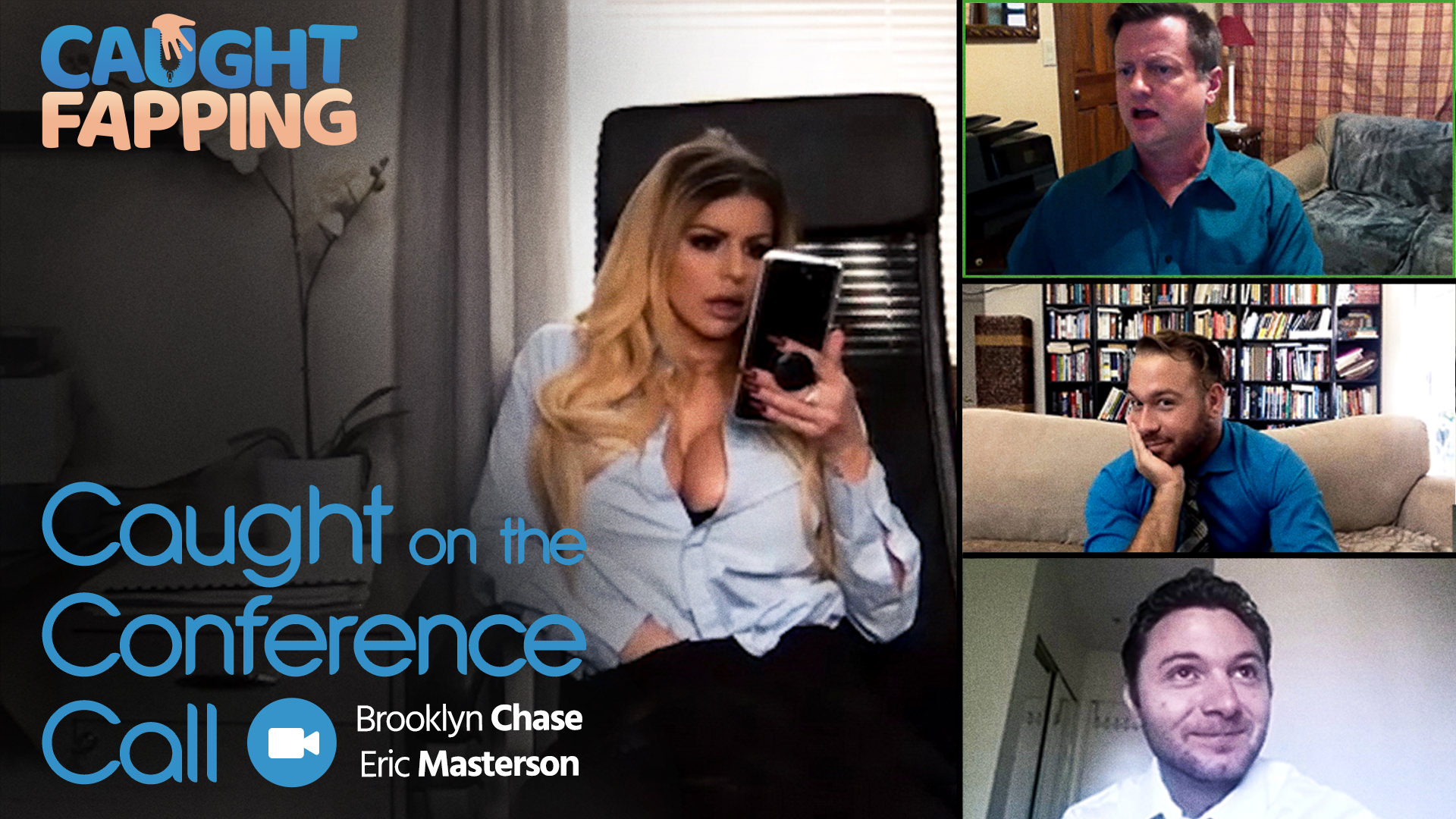 Company manager Eric Masterson begins a video conference call with three of his employees. As Eric leads the meeting, one female employee, Brooklyn Chase, seems bored, and her eyes can be seen wandering distractedly to her cell phone. Slowly, holding her phone in front of her, Brooklyn begins to unbutton her top a little. Soon, she begins to lightly touch her breasts. For now, Eric and the other employees try to ignore it, but when Brooklyn slips her hand down her pants, it becomes clear that she is quietly masturbating to whatever she is looking at on her phone.No longer able to ignore what’s happening, Eric stops the meeting and to the amusement of the other employees, confronts Brooklyn. She is mortified and as she stammers apologies, it becomes clear that she thought she had her camera off and was audio-only. Eric gruffly tells the other two employees to get off the call.The others get off the call and Brooklyn is surprised when Eric warmly tells her she’s not in any trouble… as long as she lets him watch!
'